The brief from the client was to have a manageable Oriental themed garden.

What I was faced with when I arrived was a mismatch of plantings and light problems. Added to this the original landscaper that had planted the courtyard out thought nothing of what the plants would grow to be like in 6 years time. 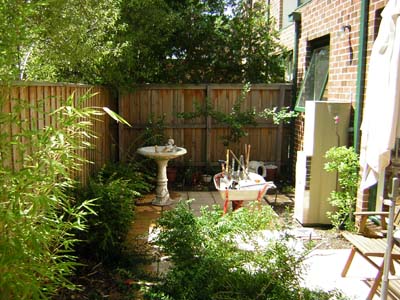 So I set out by picking plants that would be manageable in the short term and balanced in the long term.

These plants included shade loving Japanese maples that stood out with their coloured trunks during the winter and in the autumn when they lost their leaves again the colour would be very striking. Also included nadinia domestica gulf stream for their oriental look, golden diosomas for their colour and flowers, blue Fescue for its texture and form and re used some of the clients bamboo that they had in a pot as a striking feature next to an ornamental Japanese maple.

For ground cover we had to apply weed mating to stop sprouts from the neighbors plants popping their little heads up and on top of this we layed 20 - 25mm riverstone. 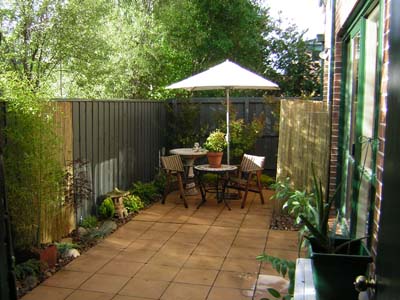 The final touches where a couple of random granite stones and some of the clients garden ornaments that now look like they belong rather than stand out.